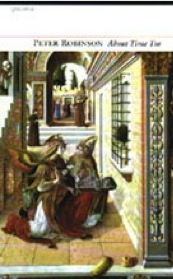 This full collection contains poems written from the time of my return to Japan after the brain tumour operation up to the end of 1998. This is the period in which, late in the day, I became a parent - and there are a number of poems occasioned by the birth, infancy, and childhood of my daughters. 'Coat Hanger', for example, was written while my wife and first child were in Italy with the new-born baby, while I worked through to the end of the first semester of 1997 in Japan. Organized into five sections, About Time Too is thus a coming to terms with the consequences of the midlife disruptions that produced Lost and Found. As the book's blurb puts it, 'You decide to change your life. But what happens to the broken-off life that's been left behind? Emerging from landscapes, voices and weathers, the poems in About Time Too inhabit a present and shape a future by responding to (Byron's phrase) "the colouring of the past".' The book was well-received for the most part. James Sutherland-Smith ended his notice in PN Review: 'To read Peter Robinson attentively is to gain an exact and exacting sense of what the world is now', while Kate Price in The Reader remarked that 'We need this kind of poetry'.