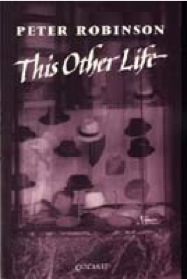 It took eight years to complete a second book of poems, this one twice the length of the first, and to find a publisher for it. Michael Schmidt of Carcanet Press invited me to submit a typescript in 1985 and the book finally appeared some three years later in May 1988. It is divided into five parts: the first contains poems set in the landscapes of my family background, developing the main themes of Overdrawn Account; the second prints eight poems narrating and exploring the consequences of the sexual assault on my girlfriend which I was forced to witness at gun point in September 1975. 'Cleaning' is one of these. The following three sections contain poems of work and friendship, a group set in Italy, and a series of domestic love poems. This book was awarded The Cheltenham Prize and widely reviewed in magazines and newspapers. In The Guardian, Martin Dodsworth called its publication 'a major event'; John Kerrigan, writing in the London Review of Books, called the rape poems 'a formidable achievement' and 'a miracle of balance'; while the poet Stephen Romer, in the TLS, thought the book 'love poetry...of an exemplary kind.'

Observing the Properties: Andrew Shelley on This Other Life by Peter Robinson and Final Demands by Peter Reading: Read
Includes :